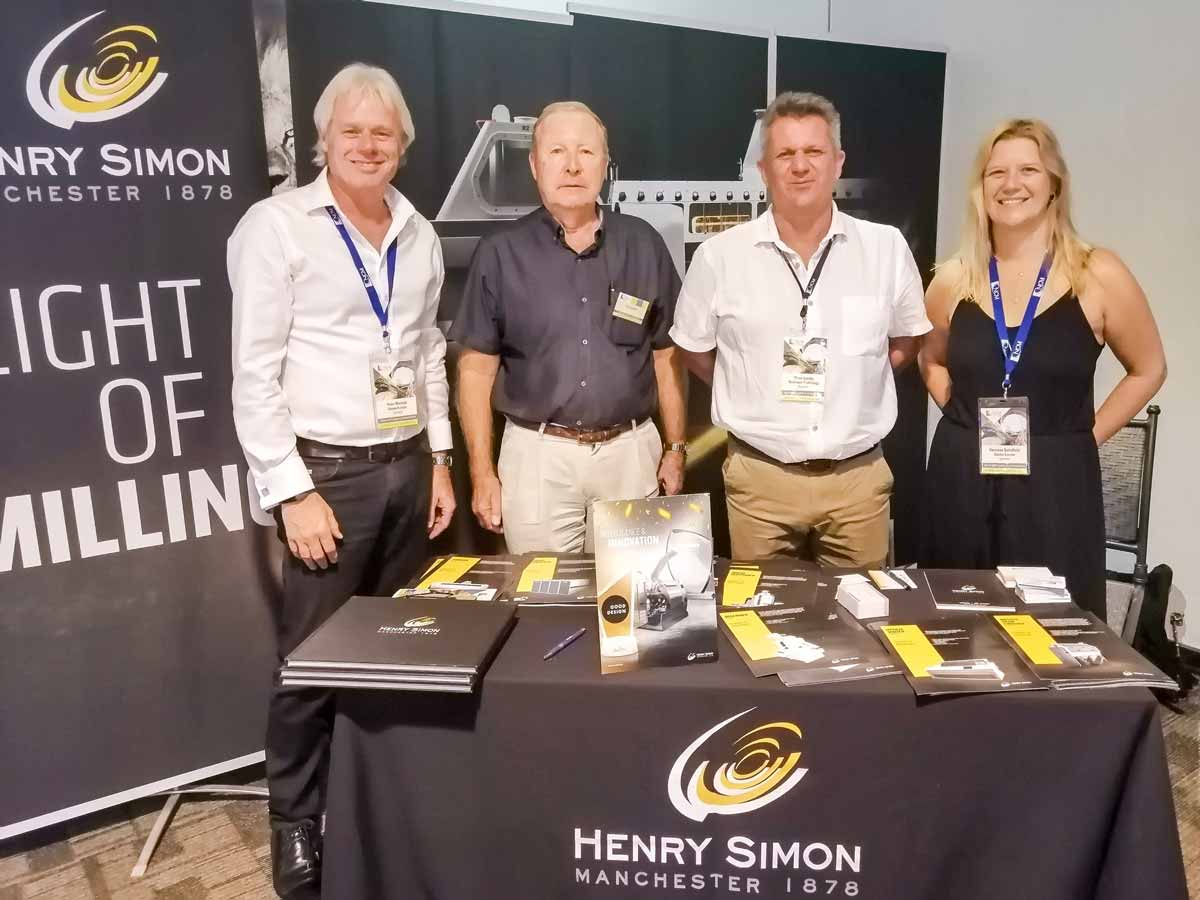 Our Henry Simon Team (Peter Marriott left and Vanessa Schofeld right) met with our potential and existing customers to represent Henry Simon in “The 83rd Annual General Manager (AGM) and Congress’’  which was organized by The National Chamber of Milling (NCM) of South Africa on 7-8th March at Mabula Game Lodge in Limpopo, South Africa.

The National Chamber of Milling (NCM) is a non-profit organisation representing the South African wheat and maize milling industry for human consumption. This year with ‘’Looking into a Cyrstal Ball’’ theme focused on potential resuscitation options that government has to assertively build a sustainable future success given the year ahead envisaged to be overwhelmed with political squalls.

Our own Peter Marriott, presented Past, Present and the Future of Henry Simon to the attendees of the 83rd Annual General Manager (AGM) and Congress.

All attendess had lived an unforgettable magical wildlife experience in dinner organized in Mabula Game Lodge.