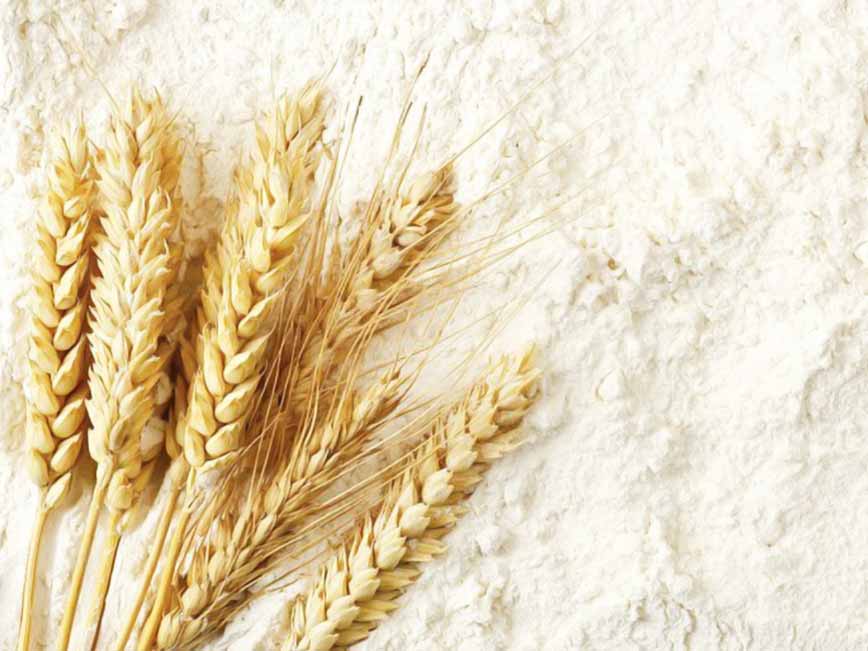 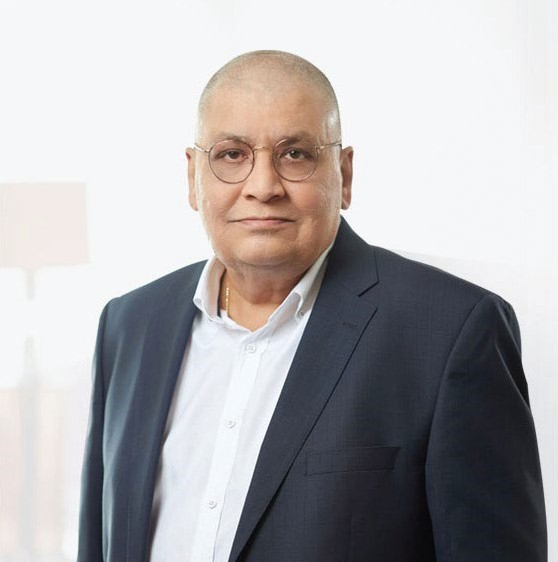 As a supplier of cereal-based food products, flour millers have a responsibility to help to feed the world in healthy and enriched ways. Besides, they can have a role in the prevention of chronic diseases such as iron deficiency anemia and birth defects.

Despite this, according to "Food Fortification lnitiative" currently globally only 82 countries have legislation to mandate fortification of at least one industrially milled cereal grain while there are about 195 countries in the world today. Also, eight countries fortify more than half of their industrially milled wheat flour through voluntary efforts and these countries include Afghanistan, Democratic Republic of Congo, Gambia, Lesotho, Namibia, Qatar, Swaziland, and the United Arab Emirates. Most of these countries mandate fortification of wheat and maize flour with at least iron and folic acid. Very recently, The National Fortification Alliance of Pakistan, NFA is partnering with the United Nations World Food Program, WFP and the government of Australia to launch a pilot project to fight malnutrition by fortifying wheat flour in Islamabad and Rawalpindi.

According to World Health Organization, WHO and Centers for Disease Control and Prevention, CDC; iron deficiency anemia is the most widespread nutritional deficiency in the world and has important consequences for child development and enormous economic costs. Likewise, according to WHO, CDC and lnternational Clearing House for Birth Defects Surveillance and Research, ICBDSR; Neural tube defects are among the most common structural congenital anomalies worldwide, with an estimated 300,000 cases per year and contribute to 10% of deaths during the first 28 days of life.

The best way of preventing micronutrient malnutrition is to ensure the consumption of a balanced diet that is adequate in every nutrient. Unfortunately, this is far from being achievable everywhere since it requires universal access to adequate food and appropriate dietary habits. From this standpoint, food fortification has the dual advantage of being able to deliver nutrients to large segments of the population without requiring radical changes in food consumption patterns.

lron, zinc, folic acid (89), thiamine (81), riboflavin (82), niacin (83), 812, vitamin A and vitamin D are minerals and vitamins commonly used in flour fortification. The most common practice is to add multiple vitamins and minerals using a single ingredient called a premix and premix includes: Fortificants (powdered vitamins and minerals), excipients (carriers, fillers), and free-flow agent. Premix manufacturers usually include nutrients at levels approximately 2% to 5% higher than listed on the label. This accounts for potential nutrient loss and ensures that the premix meets the label claims.

During the fortification process in the mill, the use of micro-dosing and proper mixing mechanisms are important for correct amounts and uniform distribution of fortification agents in flour. The most common way to fortify flour is to use the equipment called feeder or in practice as a micro-dosing machine, which is used at the flour blending stage just before packaging operation. This adds premix to flour precisely at pre-determined rates in the process of flour production. The micro-dosing device is easily reachable that it is supplied by Alapala, Henry Simon and other leading milling equipment manufacturers. Three types of feeders are available: screw, revolving disk, and drum or roller. Mills generally need one feeder per for each type of flour or meal line to be fortified, and the size and number of feeders needed depend on the amount of flour produced per hour. The operating principle of the micro-dosing unit is pre-mixing of product and ingredients with a steel palette mixer, then adding into flour sensitively in gram levels with a discharge mechanism. The unit is also electronically controlled for a sensitive adjustment of feeding speed and amount etc. according to the process. 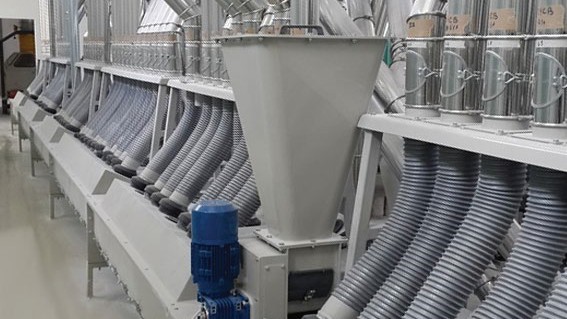 As an Example of Cilobal Cirain Fortification Progress, Africa Case 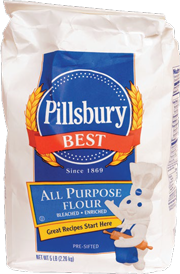 There always has been a confusion between enrichment and fortification terms and most of the times, they are used interchangeably. Pyler and Gorton describe "enrichment" as the practice of adding back vitamins and minerals lost during processing while "fortification" as supplementation with nutrients not previously present in the food or not naturally occurring at such high levels. They also indicated that enrichment describes the addition of the B vitamins and iron to flour because losses in these materials range from 60 to 80% in flours with an extraction rate of 70 to 75%. WHO/FAO defines food fortification as "the addition of one or more essential nutrients to a food, whether or not it is normally contained in the food, to prevent or correcting a demonstrated deficiency of one or more nutrients in the general population or specific population groups ". This process usually takes place during the processing of staple foods at a central level so that it reaches a considerable proportion of the at-risk populations without requiring their active participation.

Why is wheat flour fortified? 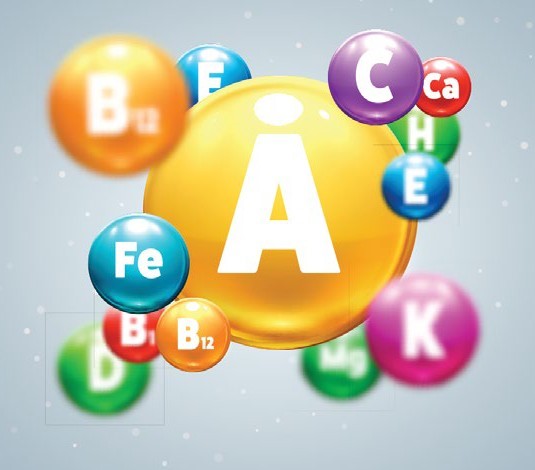 Food fortification is one of the leading public health interventions recommended to prevent and control micronutrient deficiencies. Staple foods and condiments are among the foods most commonly fortified with vitamins and mineral s. Wheat flour was the first cereal grain product to be widely fortified, and the first cereal grain recommendations issued by the WHO pertained to maize and wheat flour.

Fortification of industrially processed flour, when appropriately implemented, is an efficient, simple and inexpensive strategy for supplying vitamins and minerals to the diets of large segments of the population. Adding iron to flour during the milling process helps reduce the risk of iron-deficiency anemia since it is caused by iron deficiency and wheat flour is the staple most commonly fortified with iron in large-scale fortification programs. The mandatory fortification of wheat flour with iron significantly furthered the reduction in the prevalence of inadequate intake, except among women of reproductive age, and changed the main contributors to this nutrient in the studied population. Therefore, monitoring of iron addition in flour is essential to assess compliance to the fortified flour policy and to guarantee a safe iron intake far all the population.

Wheat flour fortification is a preventive food-based approach to improve the micronutrient status of populations over time that can be integrated with other interventions in the efforts to reduce vitamin and mineral deficiencies when identified as public health problems. Wheat flour fortification programs could be expected to be most effective in achieving a public health impact if mandated at the national level and can help achieve international public health goals. Decisions about which nutrients to add and the appropriate amounts to add to fortify flour should be based on a series of factors including the nutritional needs and deficiencies of the population; the usual consumption profile of "fortifiable" flour (i.e. the total estimated amount of flour milled by industrial roller mills, produced domestically or imported, which could in principle be fortified); sensory and physical effect of micro-ingredients on flour and flour products; fortification of other food varieties; population consumption of vitamin and mineral supplements; and costs. 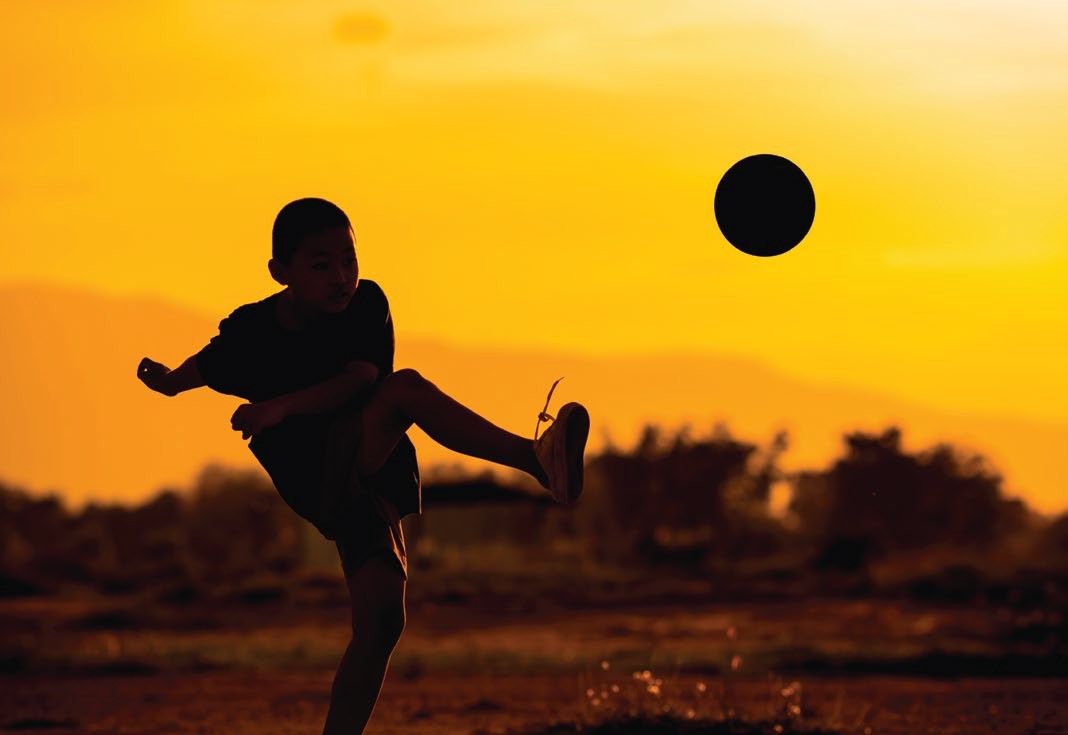