The Flour Mills of East Scotland: Part one 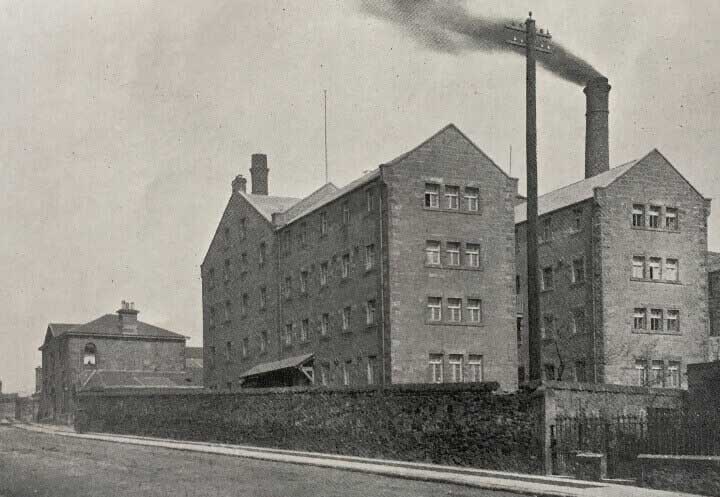 In the days before civil aviation and high-speed railways, professional conventions held a particular place in the calendar. Bringing together the movers and shakers of the industry (the people as well as the machines) they provided opportunities and ideas for progress and re-affirmed their status as heads of industry, commerce and innovation. One such was the 1902 Convention to be held in Edinburgh.

Conventions also provided an opportunity for national and global advertising and so Milling, the precursor of Milling and Grain, announced that its edition of May 31st, 1902 would be a Convention Number in accordance with their regular custom. Less than a decade old, the publication was determined to set itself apart in both content and production values.

It promised a Number containing "specially written articles by the best literary talent in the trade on subjects of interest to all the many British and colonial readers … other pages will be replete with illustrations of several important Scotch mills, together with others in different parts of the Empire."

will use the descriptions and illustrations from the convention number over the next few issues to describe the important mills of East Scotland as they appeared at the close of Queen Victoria's reign. The first two are East Bridge Mills and Central Mills in Kirkcaldy, Fifeshire (more properly referred to as Fife).

Kirkcaldy is situated on the northern slope of the Firth of Forth where the estuary broadens out into a wide expanse of over 15 miles from bank to bank.

In the early millstone days, East Mills had 10 pairs of stones. Rolls were first introduced in the 1870s and the mill worked by rolls and partly by stones until 1892 when the firm employed Henry Simon was to install a six-sack plant.

In 1897, Simon was called in again to update the mill. A complete washing and drying plant were installed along with other improvements to increase capacity to ten sacks-per-hour. The head of the family firm at the time of the convention was the local Provost (Mayor), Mr Alex Hutchison, appointed as the new President of the Association of British and Irish Millers.

He had introduced the next improvements that year, including a covered railway siding, with a bulk grain receiving house, a preliminary cleaning plant along with a 20-tonne elevator, 12 large silos and 10 smaller ones with a horizontal conveyor for transporting the full sacks of flour and offals from warehouse to railway trucks.

The re-organised roller plant consisted of two lines of 'Simon' double rollers, six sets being on the breaks and scratch processes, and nine on the reductions. The different separations were done with reels, centrifugals, scalpers and purifiers of the 'Simon' make.

The cleaning plant was an independent building that had a 'Simon' dustless separator, a 'Richmond' scourer, a 'Victor' brush and 'Simon's' new washer and whizzer. Three cyclones took care of the dust laden air from the cleaners and, with the necessary cylinders and elevators, completed the whole cleaning system.

The flour and offal stores were very large, capable of holding over 5,000 sacks. The power for the whole mill was generated by a Macnaught beam engine, installed in 1897 by Douglas & Grant, and Lancashire two-flued boiler by the same firm.

Hutchison's, established as millers on this convenient harbour site since the mid-1800s, were largely engaged in the grain trade, shipping fine Fife wheat to most of the north-east coast ports of England. By far, their largest business was malting, and they were one of the largest in Scotland.

The site was given a new lease of life in recent years when a significant investment by Carr's enabled the neglected harbour to be reopened. This enabled the construction of Carr's new mill, the first to be built in Scotland for 30 years. It was commissioned in 2012 and completed in 2013, fitted out with the latest Buhler roller mill plant.

James Hogarth, the owner of Central Mills, was also known for his mills at East Bridge and his oat milling plants. The founder of the business back in 1854, and father of the present owner, the late John Hogarth started milling at West Mills Kirkcaldy, a water-driven millstone plant.

West Mills had five pairs of French Burrs, one pair of peak stones and two pairs of oat shelling and mealing stones. John Hogarth died in 1887 and, by 1893, the business had grown so much beyond the capabilities of the West Mills that James Hogarth built the Central Mills.

The building was all of stone, very neat and functional and without much ornamentation. Although the mill only had four floors it was roomy with plenty of light coming through the large windows on all sides, showing off the machinery to great advantage. It was designed as several detached buildings with an eye to safety in the case of fire, and with ample space for the delivery and dispatch of wheat and flour.

The roller floor held six Robinson double horizontal roller mills, and the second floor had two double Robinson "Koh-i-Nor" purifiers and one gravity machine with grader by Luther. All the dusting and dressing was done on three Luther plansifters supplied by Emil Fiechter of Liverpool.

These, having a large surface of finely meshed silk cloth were able to do all the work without the aid of any centrifugal, making the five-sack plant capable of working with just 12 machines.

The power source for the roller mill was a Lancashire boiler by Douglas and Grant, with two engines capable of 200hp. In the same room a single cylinder horizontal condensing engine fitted with 'Proell' valves and a 15-inch belt drove an oatmeal mill with five pairs of millstones and the necessary cutting machines and sifters, as well as two modern pearl barley mills for making pearl barley.