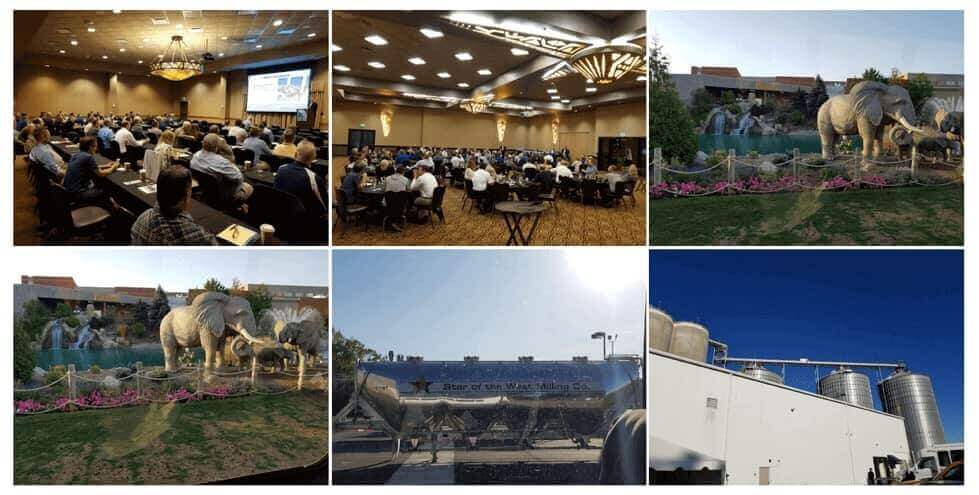 Four of the IAOM districts held their annual meetings together in September at the Kalahari Resort in Sandusky, Ohio, U.S. More than 140 attendees participated in the three-day event, which included a golf tournament, social and networking events, a day of technical offerings and a tour of Star of the West’s nearby mill in Willard, Ohio. Ohio Valley District Chairman Ed Gwirtz, The Mennel Milling Co., facilitated the successful networking event of the Niagara, Ohio Valley, Southeastern and Wolverine districts at the resort on the shores of Lake Erie.

The Woussickett Golf Course hosted 43 golfers in gorgeous temperatures on day one of the event. A variety of hole-in-one and closest to the pin challenges greeted golfers throughout the course.

Tom Sargent, IAOM director of professional development, reviewed a variety of resources and training opportunities for IAOM members. He also noted ongoing updates to the IAOM mobile app, iaom365 which can be downloaded from the Apple or Google Play stores for free.

The morning presentations were on reliability-centered maintenance, improving uptime with insight, and pneumatic conveying.

Each district met for a business meeting and to elect new officers for the coming year. That evening, members joined together again for a pre-banquet reception sponsored by Kice Industries and Sangati Berga. The entire group enjoyed a banquet following.

On the final morning of the event, attendees boarded buses to tour the Star of the West mill located in Willard, Ohio.